We have just five months for EA Black Box to prove themselves, as they are hoping to get a Need for Speed: The Run review score of 90 or more. If they can achieve this, then they should win “racing game of the show”, they are even hoping to win game of the show, but cannot see that happening, as they are up against some tough competition.

The developer is hoping to blow the competition out of the water, but we are sure they are forgetting about Forza 4, which we know will be awesome. We just hope that EA do a better job than Undercover, as we know how bad that game was. There were times when that game looked good, but the overall experience just did not feel right.

Gamerzines has been talking to Steve Anthony from EA Black Box and he believes that there greatest challenge is from within, and once they sort those issue out then there will be no reason why they cannot develop a 90 plus game. Getting that on any game is tough, but is even harder when it is a racing game. 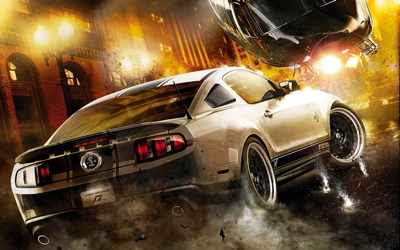 The one issue that Need For Speed: The Run will have is being released in the same month as Modern Warfare 3, but there is no reason why the two cannot both enjoy healthy sales. Not all people enjoy FPS games, and that is just what both EA Black Box and Electronic Arts are banking on.

Can Need for Speed: The Run score more than 90 in its review?

Electronic ArtsNeed for Speed: The Run