The developers have been doing a great job with the frequent updates since launch and the Legends update looks like another patch which is going to add a ton of new content to the game.

There’s a brand new progression thread with the return of Eddie among other things, with one highlight being the ability to unlock Eddie’s Nissan Skyline GT-R V-Spec (1999). 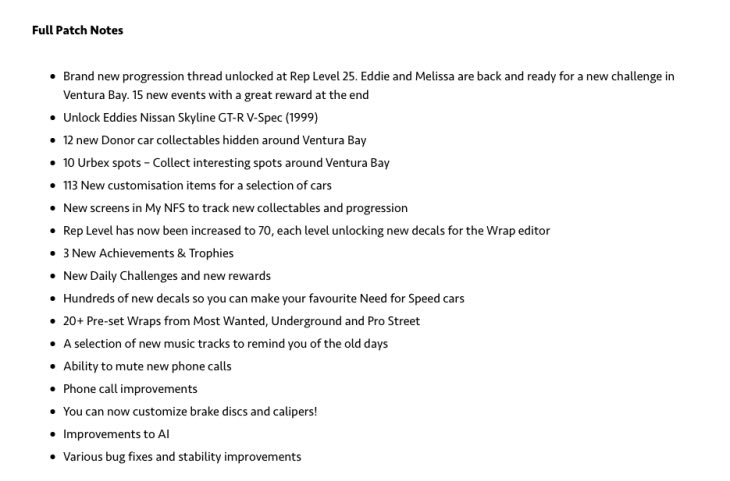 The full Need for Speed Legends patch notes are above and they also reveal that Rep level has been increased to 70 and the arrival of old school music tracks which should take you on a pleasant trip down memory lane for hardcore fans of the series.

The update notes for the Legends update are included above, but there is a lot more content from the developer summary to check out here and also some lovely screenshots offering a further preview.

Let us know if the update is out in the UK and US for you, since some are already reporting that it is live. Give us your thoughts on this free update below! Are you loving the game so far?