Need for Speed: Hot Pursuit may have only been released just over a week ago, but we’ve already brought you news on DLC and now we have details of a PC patch that will be arriving soon. It appears that PC gamers have been experiencing a few issues, which will hopefully be fixed with the upcoming patch.

According to Stephany Nunneley over at vg247.com, the developer — Criterion Games — has just announced that it will be releasing a patch for the PC version of NFS: Hot Pursuit, which should be available to download next week. Although at this stage, we haven’t got an exact arrival date.

One of the problems that PC gamers reported was that their game would crash either at the start of an event, on Car Select, Loading Screen or Map Screen. However, Criterion has now located and fixed the reported issue. The problem with corrupted Dreamshots in non-16:9 aspect ratios has also been sorted. 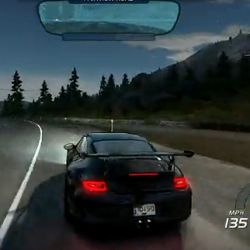 The other issues to have been fixed with the upcoming patch include the missing snow / rain and Corona effects and the CL Eye driver crashing the game upon startup. The developer has also added support for D-Box motion chair. Have you been experiencing any issues with NFS: Hot Pursuit?