It may well have been a while since we’ve heard news about any upcoming DLC for the hugely popular Need for Speed: Hot Pursuit game, but it looks like that’s about to change. Electronic Arts has recently revealed that it will be releasing 3 new DLC packs within the coming months.

According to a recent article by Ben Lee over on the digitalspy.co.uk website, the first of the three DLC packs — which is entitled “Armed and Dangerous” — will be available from February 22nd, and will introduce two brand new modes: “Arms Race” and “Most Wanted.”

The next two DLC packs, entitled “Lamborghini Untamed” and “Porsche Unleashed,” will then be available from March 1st and March 8th respectively. Both these packs will introduce ten new events, four bonus trophies / achievements and three brand new cars. 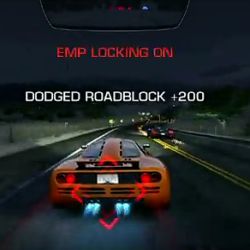 Each DLC pack will be available on the PlayStation Network and Xbox Live, at a price of £5.49/560 Microsoft Points. However, the bad news is that EA has announced that the DLC will not be made available on the PC, due to the limited amount of resources.

As Tom Ivan over at computerandvideogames.com recently reported, the “Most Wanted” mode is an open world battle, where the cops’ job is to bust a specific racer and the racers’ job is to protect them. “Arms Race” on the other hand is an everyman for himself mode.

The “Lamborghini Untamed” pack provides players with the Lamborghini Diablo SV, the Lamborghini Countach LP5000 QV and the Lamborghini Sesto Elemento, which are all playable as both the cop and racer. The “Porsche Unleashed” pack includes the 911 Turbo (1982 Edition), 959 and 911 Speedster.