Sometimes gamers have to wait for months after a game has been released for DLC to become available, but that definitely can’t be said about the new ‘Need for Speed: Hot Pursuit’ title. The game was only released about a week ago, and we’ve already seen 3 lots of DLC arrive.

According to Jeremy Hill over at gamertell.com, the first batch of DLC was made available to download shortly after the game’s launch. The Racer and SCPD Timesaver DLC packs arrived on Xbox Live and PSN earlier in the week, costing players 320 Microsoft Points/$3.99 per pack.

The first lot of DLC allows players to instantly unlock all the cars available in ‘Need for Speed: Hot Pursuit,’ on both sides of the law. A third DLC pack — the SCPD Rebels Pack – has now arrived on the PlayStation 3 and Xbox 360, and is available to download now for $3.99/320 Microsoft Points. 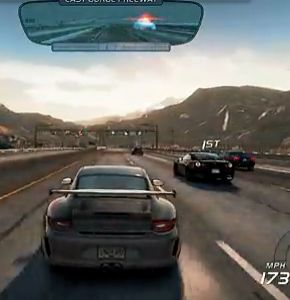 Have you downloaded any of the DLC yet? If so, which pack have you purchased? If you haven’t purchased the game yet, you might like to read our previous article about a demo.