Attention all NBA fans now, as 2K has gone live with a bombshell. You can now pre-order NBA 2K17 online, but also a special Legend Edition which features none other than departing star Kobe Bryant on the cover.

A fitting announcement on the day of his last game, but now you can continue the legacy by pre-ordering NBA 2K17 Legend Edition on PS4 or Xbox One in the US and UK – this version isn’t available on PC.

For the extra price, the NBA 2K17 Legend Edition contents are as follows: 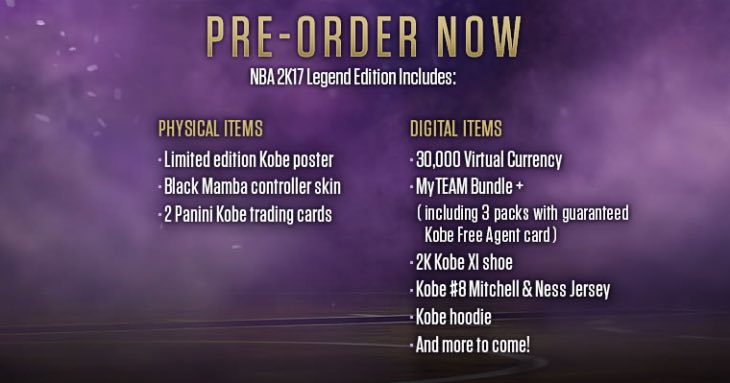 You can pre-order the NBA 2K17 Legend Edition in the US from Amazon here, while GAME UK once again has the exclusive for UK gamers. 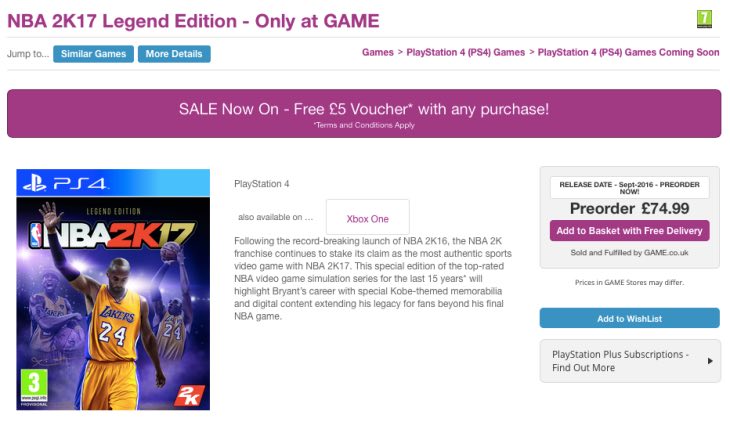 2K has unveiled a teaser trailer to get you excited below, ready for the release date which will be in September 2016.

Will you be pre-ordering the Legend Edition straight away to say thank you to Kobe – also what are your thoughts on the bonuses for the added price?