This isn’t a major update for the game, but there are some notable fixes which you’ll be interested in hearing about. For starters, 2K has said that this update prepares for Road To The Finals #2KPROAM tournament primarily. 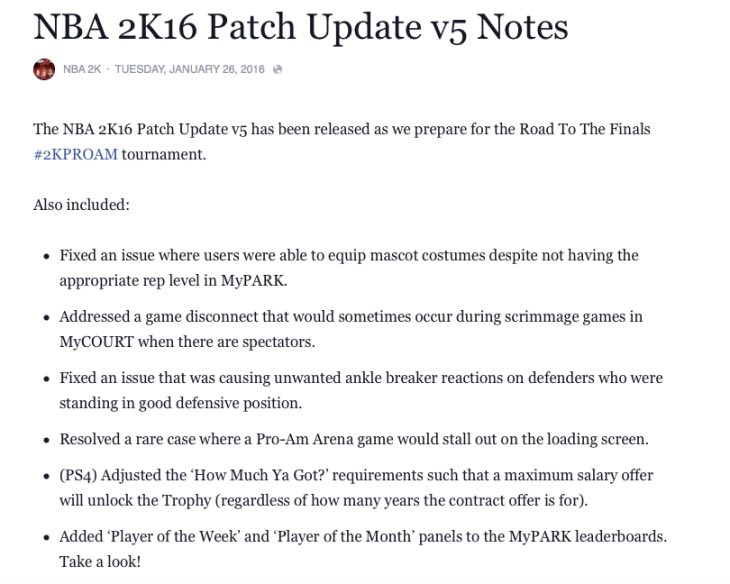 Specific bug fixes include mascot costumes being equipped without the correct rep level in MyPark, fix for ankle breaker reactions and fixes for random stalls and disconnect when playing scrimmage games in MyCOURT and Pro-Am arena games.

We’ve included the full notes above as they have just been posted by the developers in the usual place on Facebook. Download the new NBA 2K16 update for January 25, 2016 now and let us know what else you spot.

Are there any other gameplay changes not included in the notes?