If you haven’t logged into the game in a while, the next time you do you should have a prompt to download the latest NBA 2K16 update.

It comes with a lengthy list of bug fixes and general gameplay improvements, all of which have been documented by 2K over at Facebook. 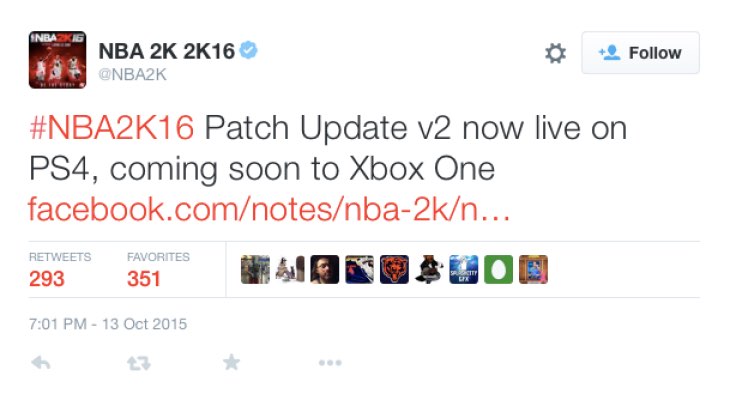 The developer has also revealed that the reason for the Xbox delay is due to approval certification and that they hope the update will be ‘ready in the coming weeks’.

It’s not ideal that Xbox owners have to wait but at least 2K has given a heads-up that it is due to Microsoft rather than 2K delaying themselves.

Take a look at the full patch notes for NBA 2K16 v2 above and let us know your thoughts on the changes. Are any Xbox owners out there unhappy with the wait?