The NBA 2K15 PS4 and Xbox One update is live along with the full patch notes detailing what changed. If you didn’t get time to play yesterday, then you might be wondering today what changed within this latest NBA 2K15 update.

We have covered the small list of fixes and improvements below, although some of these will be similar to what PC owners previously received within their software update.

The NBA 2K15 PS4 update weighs in at 940MB and slightly more at 945MB on Xbox One. One of the improvements we welcome for both consoles is with face scanning, which should perform a lot better now. 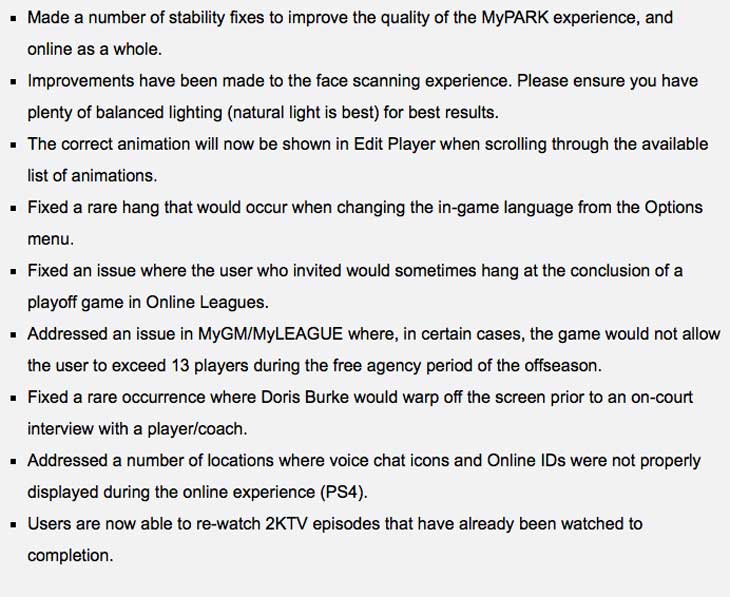 Since the game’s release date, many problems were found and fixed. The improvements will be installed with this update, so take a look at the full list above and let us know if any issues remain for you. If you still experience problems, then share whether that’s with NBA 2K15 on Xbox One or PS4.

What’s your experience with NBA 2K15 been like so far? Also, what would you like to see change within the next update?