On the whole, NBA 2K15 is a great game and this has been reflected in the initial reviews for the game which have been very positive. At the time of writing, the NBA 2K15 Metacritic page also lists a great 87 metascore for the game which tells you all you need to know.

Unfortunately though, there are some niggling issues which are causing players hassle. Notably with the MyTeam mode with the option to buy player cards with real money. These cards are disappearing for some players which you can imagine is very frustrating.

In other cases, NBA 2K15 MyTeam is not working full stop and players are queuing up with their ticket numbers waiting for 2K to get back to them with further help.

We’ve also seen a few complaints from those who are having problems redeeming bonus VC or virtual currency in NBA 2K15. Daily VC is available with the MyNBA2K15 app on Android, but it’s no use if you can’t actually transfer that over to your console version. 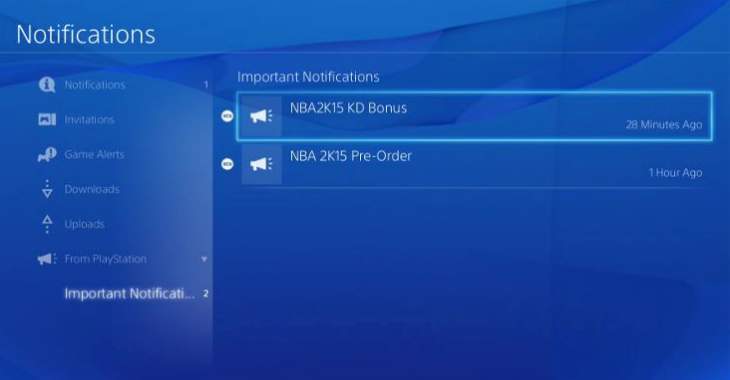 Those who are playing on PS4 may want to check PS4 notifications in case any missing VC is stored there as Sony has been giving messages to players as you can see from the image above.

How is your experience with NBA 2K15 at the moment? Do you agree that it is a great game, when it actually works without problems? Let us know if you have encountered any issues with MyTeam and redeeming VC from bonuses earned.