NBA 2K15 is now available to buy after a long wait, but it looks like the first major NBA 2K15 problem has arrived. It’s come in the form of NBA 2K15 face scan problems, as 2K’s technology is having serious problems accurately creating users faces, with some hilariously ugly results.

Right now, Twitter is exploding with an early Halloween montage, of all the failed NBA 2K15 face scan pictures that look nothing like the original scans and is turning into an embarrassing viral parade for 2K.

Thousands of face scans in NBA 2K15 are resulting in ugly representations both on PS4 using the PS4 camera and on Xbox One using Kinect. As a result, we think it is only a matter of time before 2K are forced to issue a quick NBA 2K15 face scan hot fix to improve the results when face scanning.

Just take a look at that Tweet that we have included above as just one example and the humor that is ensuing on Twitter. We have picked out a few more NBA 2K15 face scan results below as we just couldn’t resist sharing some of them – take a look at one which bares a resemblance to WWE’s Kane. 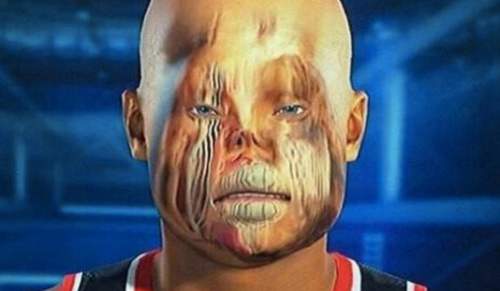 Obviously this is not the smooth launch which 2K were hoping for, as right now NBA 2K15 face scan issues are the primary topic among users who fortunately see the funny side of it. 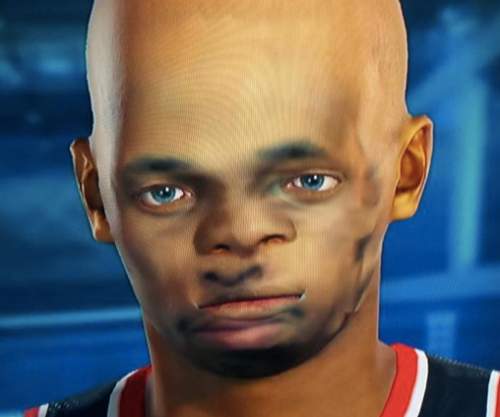 Have you had some hilarious results when trying to scan your own face in NBA 2K15 within the last few hours? Are you demanding 2K to issue an NBA 2K15 face scan update fix as soon as possible?