As we speculated a little while back, the box art of the new NBA 2K11 game will infact feature Micheal Jordan. 2K have publicly released the boxart, which shows an iconic image of the legend in high prime via a three-panel styled art.

The new title art takes a step in a different direction to previous NBA 2K games, to reflect the significance of having such a well-known basketball player on the cover.

The marketing VP for 2K sports, Jason Argent believes that the image on the title’s upcoming game will be “the most highly anticipated cover art in the history of sports games,” as it “delivers on every front.” You can see the screenshot below. 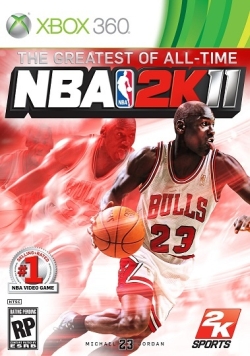