If you just happen to be a fan of 505 Games’ ‘Naughty Bear’ title, we may just have some good news for you. It appears that the publisher has just announced the latest batch of DLC titled ‘Chapter 10,’ which is now available to download for gamers in the United States.

European gamers won’t see the DLC’s release until December 1st however. According to a recent article by Yogev over at nextgn.com, the new ‘Chapter 10’ downloadable content pack includes new costumes and challenges, 4 brand new multiplayer modes and a showdown with Vampiricorn.

The 4 new multiplayer modes included in the ‘Chapter 10’ DLC are Left 4 Ted, Defluffication, Dancing King and Vamiricorn. The Vampiricorn mode is an elimination match, in which players have a limited amount of lives and a depleting health. The last vampire-bear standing wins the game. 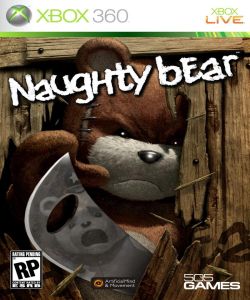 In the Left 4 Ted mode, bears have to do everything in their power to survive the Zombear invasion. All players have to do in the Defluffication mode, is defluff the other players with whatever weapon they like to tally up the points. Dancing King is all about players finding the Unibear.

Once they find him, they have to get close to him and not let any of the other players near him. The player, who manages to dance with the Unibear the longest, is declared the winner. Will you be downloading the new Chapter 10 Naughty Bear DLC?