We have been hearing reports of NatWest iOS app users having issues following an update. Several of them have tried to use Touch ID just as they have for a while now to sign in to their bank, only to find that it no longer works, and instead have to use their passcode instead.

For some people this has created a bit of an issue, as it’s been a while since using the NatWest passcode to get into the app, which we also experienced. Thankfully, we finally got in, and thought it was a one off, but soon found out that NatWest Touch ID was not working. 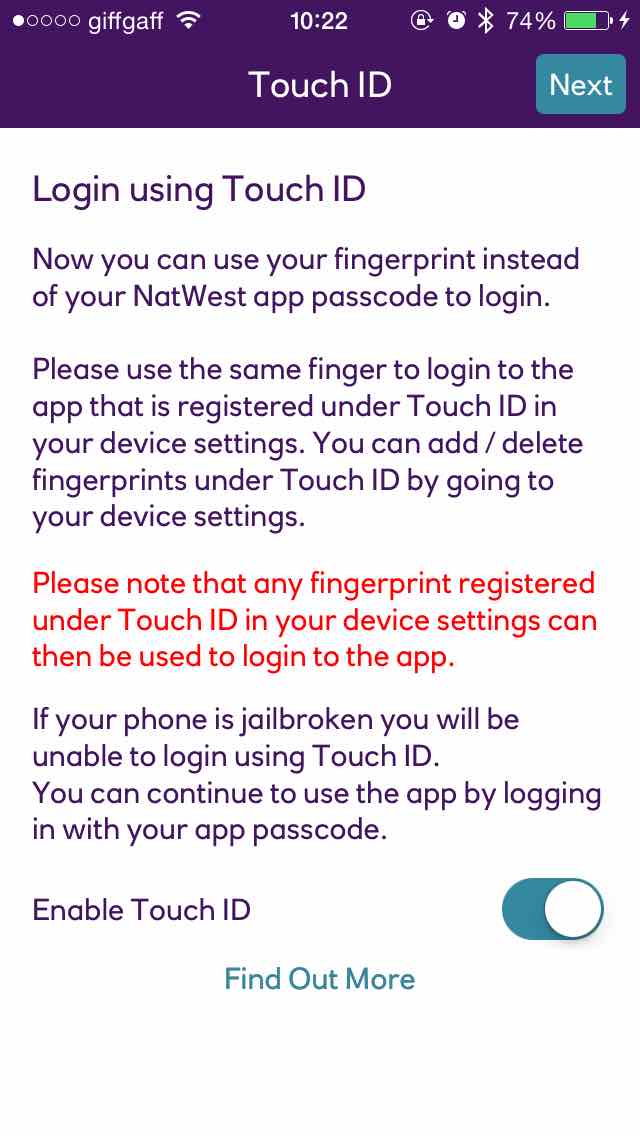 NatWest Touch ID disabled — However, after digging around the settings we have found that Touch ID had been disabled, which would only have happened with the latest update in August.

We had to then go into the settings and enable Touch ID, and so you are then required to log out and then sign in with your passcode once more in order for the change to take effect, which it has now done so.

This is very annoying, and from what we can remember – the first time such a thing has happened.

Did this happen to you?