We have some exciting news now for gamers who live in Europe and own an Xbox 360 or PlayStation 3 console. It appears that Namco Bandei has just signed a deal to publish the upcoming Yoostar 2 game, which will be compatible for the Kinect and PlayStation Eye/Move.

As Patrick Garratt over at vg247.com recently reported, the Yoostar 2 game will be released across Europe sometime in the near future. The game will use the advanced camera technology of the Kinect and PlayStation Eye to place users within famous TV scenes or movies. 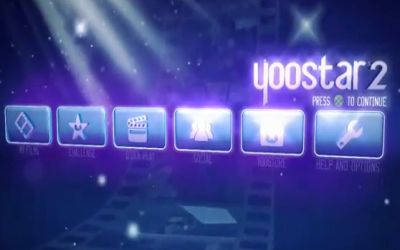 The advanced social media options will even allow players to share their videos with their friends online. According to Wesley Yin-Poole at eurogamer.net, users can even choose to create their own scenes within the game if they wanted to, using Yoostar 2’s ad-lib feature.

Have you ever wanted to fill Arnold Schwarzenegger’s shoes in Terminator and say those famous words, “I’ll be back?” Well you sort of can (in a roundabout way) with the Yoostar 2 game. Once you’ve watched the scene, you can then place yourself on the screen in Arnie’s place.