There’s a lot riding on the Apple Watch this year, although all of the pressure has not been the result of Apple hyping up its upcoming wrist device, but rather the likes of you and I. This is because many of us believe that this new wearable will be able to outsell its rivals from the get go, as well as the fact there will be several models to cater for those with varied budgets.

One such model that has started to gain some attention is the Gold Apple Watch Edition. We know that Apple has to install new safes in order to make sure these more expensive versions are safe, although we still have no idea as to its price.

This has not stopped the likes of 9To5 Mac from asking its readers what sort of price they believe the 18-karat Gold Apple Watch will cost by running a poll. 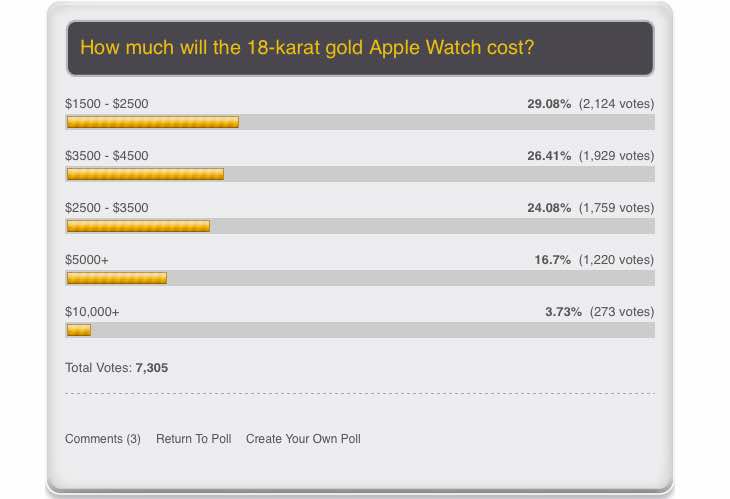 However, rather than allow you to pluck a price from your head, you do have a choice, and it would seem three price brackets are rather close to each other.

We have yet to get a solid price from Apple, but at least this poll gives you an idea of how much consumers believe or are willing to pay for the more luxurious Apple Watch.