We have some details on one of the most popular Kids tablets to buy this year now, the Nabi DreamTab HD8 tablet which is going to be selling for a very low price during the busy Holiday season.

Nabi are one of the leaders when it comes to Kids tablets and one of their latest models, the DreamTab HD8 is going to be available for just $60 at ToysRUs after a whopping $100 discount.

Nabi DreamTab HD8 features for kids include Dream Pro Studio which will let your children use their imagination to create and animate pictures, edit movies and teach them the basics when it comes to drawing from scratch.

It comes with an included stylus called Dream Pen and the Parent Mode with Nabi Time Controls will also let parents set what type of activities they want their children to learn and engage in at a specific time. In other words, having control over when it is time to stop learning, or playing and turn off the tablet when it is time to sleep. 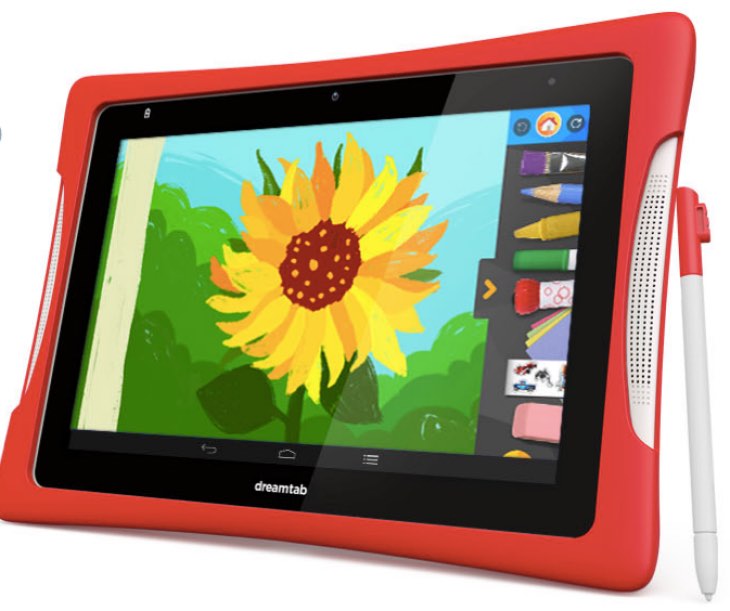 On the downside though, the Nabi DreamTab HD8 tablet battery life may be considered on the short side with only up to 6 hours possible on a single charge. There is no HDMI out connection either, so you’ll have to live with the USB to Nabi connector cable instead.

Still, it is a feature packed tablet which is going to keep your child busy for hours with plenty of learning tools to put their creative minds to work. With the price now dropping to under $100, we definitely recommend you consider this if your child has been asking for a tablet to play with.

You can read through some of the recent Nabi DreamTab HD8 tablet reviews for 2017 here to see what buyers have been saying about it – we’ve filtered it to show all of the reviews as of November 2017.

Let us know if you have any questions about this tablet, or if you already have one and have good things to say about it.