We have some pretty exciting news now for those of you who downloaded and played last year’s N.O.V.A game on their Apple iPhone. The developer Gameloft has just announced a release date for the upcoming sequel N.O.V.A. 2, which will be available from December 16th.

As Jennifer Allan reports over at electricpig.co.uk, besides announcing a release date for the new game, Gameloft has also released a trailer. There have been some pretty awesome games released on the iPhone recently, and this looks like it could be one of them. 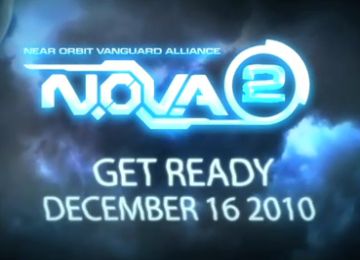 N.O.V.A. (Near Orbit Vanguard Alliance) 2 features a larger range of powers and weapons than the original, as well as an improved AI and more diversified gameplay. Another welcome change to N.O.V.A. 2 is that the multiplayer maps now have space for up to 10 players.

Rik Henderson of pocket-lint.com has written a hands-on article about the N.O.V.A. 2 game recently, and notes that the sequel isn’t as claustrophobic as the original. Another noticeable change that is mentioned in the article is that the enemies appear more intelligent than before.

You can view the trailer below this post, and view the full hands-on and screenshots via pocket-lint.com. Will you be downloading this game when it arrives on the 16th?