Attention all Apple collectors with extremely large wallets, as a rare piece of Apple hardware indeed has just turned up on Ebay. A seller by the name of ‘Wozniac’ is auctioning off a prototype of a Macintosh 128k with a Twiggy Drive, thought to be the only one of its kind.

Built between 1982-83, the Mac 128K is being sold on the site for a whopping $100,000, but assuming that this in fact the world’s only remaining Mac 128K with a Twiggy Drive, the price may well be worth it to some vintage collectors.

Astonishingly, the system is still in working order and boots up in its original state. However, since it is a prototype and reads Twiggy Disks, the system is not able to run any software. Apple eventually shipped the system with the 3.5-inch floppy disk format instead, perhaps validating the high price that the seller commands for the Twiggy Disk version.

At the moment, there has been no bids and there is just five days remaining. As for the seller’s name ‘Wozniac’, a message on the listing also points out that he is not Steve Wozniak, co-founder of Apple Inc. He apologizes in advance for any hassle it may cause the real Woz, but as you can imagine – rumors are flying around everywhere at the moment on who the seller actually is.

We’ve had a peek at Steve Wozniack’s Twitter account, but there’s no mention of the Mac 128K sale just yet. We have a feeling that someone is still going to pay $100,000 for this, especially since it contains the signatures of the original Mac 128K team – including a certain Steve Jobs and Steve Wozniak. However, there’s also a few cries that this system belongs in a museum and not in the hands of a private buyer.

What are your thoughts on the sale? Reading up on the history of the Mac 128K has certainly put a smile on our faces. Are you hoping that someone from Apple ends up purchasing this and then places it in a museum? Let’s wait and see what happens with the sale and if the real Steve Wozniak is connected or not. 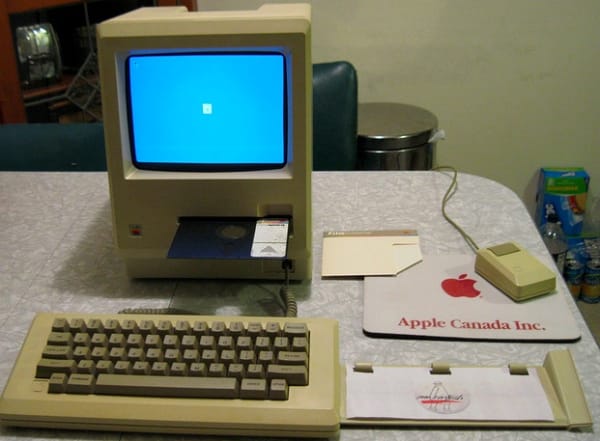