We have only just had a new update to the PlayStation 3 console which improves functionality of the web browser, but now we have confirmation that Sony has just gone live with another firmware update, bringing the console to version 4.11.

However, not for the first time, Sony are remaining silent on what the update actually addresses and as you can imagine there is various debate going on as to what the update fixes, and if there’s any sort of hidden features that Sony didn’t want to make public.

After doing a little digging, there is one possible explanation for this update. A user over at NeoGaf forums is claiming that the update fixes a PSN installation error when the console wouldn’t delete downloaded files after auto-installing. We’re yet to confirm this, but we have seen reports of this being accurate so perhaps this is the case.

Sony are calling this an optional update but we’ve also seen that users are still required to update to this firmware before being allowed to access the PlayStation network. We’ve tested this ourselves and we can confirm that it isn’t optional at all. It looks like for some reason, this is a mandatory update for everyone outside of the US or Canada, and you won’t be able to play online unless you’ve installed it. 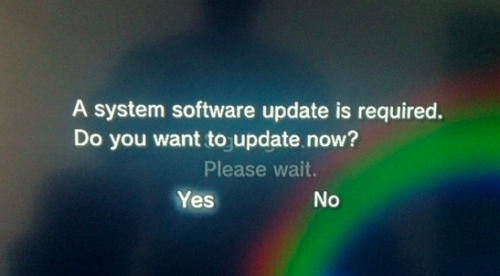 Is it a coincidence that a new firmware update appears the day after Sony accidentally put a free Michael Jackson: The Experience game up for the PS Vita? Probably, since the demo which caused the glitch can no longer be found on the PS Store. We bet there’s a few of you who are holding off on this update purely out of fear that you may lose your free game!

At the moment, users over at the US Blog aren’t particularly happy with the update, not just because of the fact that it appears to do nothing, but the fact that Sony hasn’t been 100% clear on if the update is mandatory or optional. Hopefully we’ll be able to get to the bottom of this and provide some further answers to this before the end of the week.

Have you already installed the PS3 firmware update 4.11? Was it a mandatory or optional update for you? If you have spotted any new features or removed functionality that you think we should know about, leave us a comment below.