The MyNBA2K15 app for Android is now live to download on your phone, or tablet, although there isn’t any featured Android tablet screenshots on the Google play page. The MyNBA2K15 app releases to support the console version of NBA 2K15 and this companion app allows users to keep connected while mobile.

In the form of a card battle game, the MyNBA2K15 MyTEAM Mobile app features more than 1,000 player cards and these are enhanced with new photos/backgrounds. You’ll find the improvements include Season Matchmaking, many quick game rewards at different tiers, strength boosts for each card, and MyPark Chat. 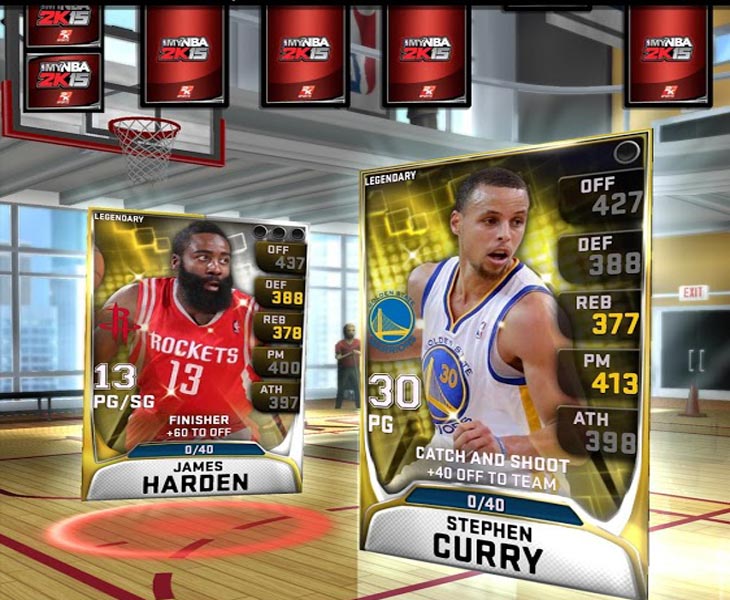 Teething problems – the MyNBA2K15 Android app has only just released, so we’d expect some issues and this is exactly what we’ve seen since launch. One Product Reviews reader mentions, “The network was down on my first match, which errors with a maintenance message”. Another added, “I can’t login with the My NBA 2K15 app, they need to fix the bugs and server connection issues”.

We’ve had a quick play and found the MyNBA2K15 app really fun on Android, so we can bet some iPhone owners are waiting for the application to release on iOS. You can download the app through Google play on your device.