As we just told you in our patch notes thread, a new Modern Warfare Remastered update is live on Xbox One for December 13. While it is a massive content weighing in at 27GB, we can see that many of you need help on how to actually get the new MWR update on Xbox One today.

This is because the update won’t just start to install automatically. For some reason unexplained, this update requires you to install the MWR update manually.

To do it, on Xbox go to Games and Apps, then Updates, then from there you can install the MWR December 13 update on Xbox One. We’re not sure why you have to do this and Raven or Activision should have pointed this out to gamers.

The method works for us above though, so try it now and let us know if it worked for you. The next problem you have is how long a 27GB MWR update on Xbox One is going to take you – if you don’t have long to play today. 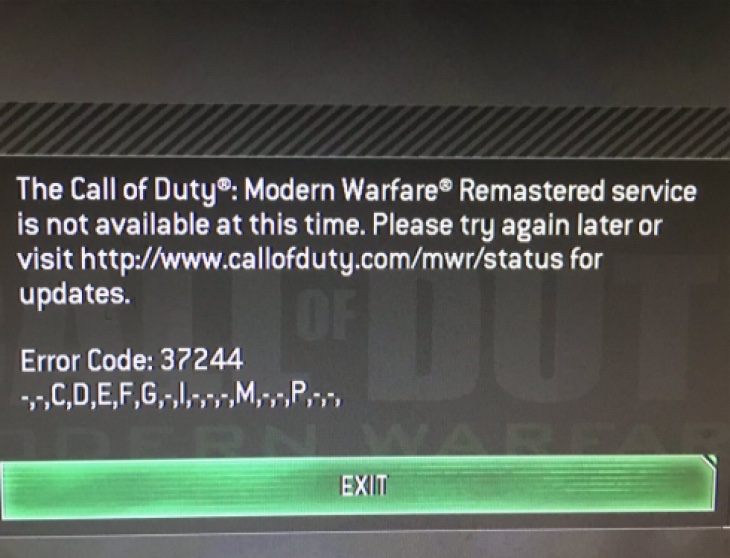 There’s going to be six new maps and two new modes including Gun Game, but 28GB really? As far as we’re aware, the same update is under 10GB on PS4 so let us know what you think about this.

We are also getting reports that some gamers are seeing the MWR error 37244 on Xbox One too when trying to go online. It looks like this is a problem linked to Xbox Live servers affecting Modern Warfare MWR, rather than a specific issue with MWR.

Given that most of you will be downloading this update anyway, the error should fix itself automatically in time so just hang on in there.

Did you have to go the the Games and Apps section to find the update? Let us know.