The Lenovo Yoga Tablet 10 HD+ has now been unveiled at MWC 2014 and we are going to take a look at its specs, price and the potential release date. The 10 inch Android tablet features some impressive hardware and has been dubbed as Lenovo’s best device yet.

Starting with the size and screen we have a 10.1 inch body with a 1920 x 1020 display, providing 1080p full HD. Powering the Lenovo Yoga is a quad-core 1.6GHz Snapdragon 400 processor and 2 GB of RAM which is a big improvement on the previous model. The power capacity for the Yoga has been confirmed as 18 hours by Lenovo, due to the device’s 9,000mAh battery.

The Tablet 10 features an 8 megapixel camera which functions with a number of on board apps, such as SNAPit Camera and SEEit Gallery which enable you to preview live photo effects and edit the images before you save them. These app will allow you to enhance your pictures with improved skin tones and even makeover effects such as face lifts. 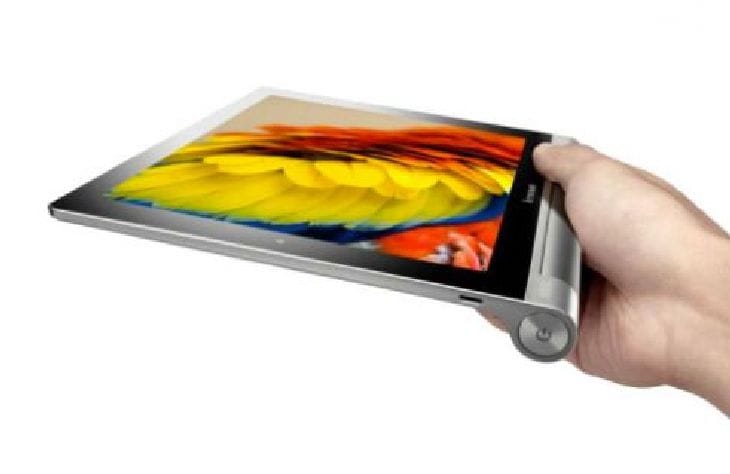 Other apps include SHAREit which focuses on easily sending media between devices, SECUREit which intends to prevent threats and improve data protection performance and SYNCit which is all about backing up personal details on the device and making a transfer simple. You can see a hands on video with the Lenovo Yoga tablet below courtesy of Slash Gear.

The tab sports a smart cover which allows it to be set up in a number of various positions depending on its use. Due to hands on time constraints with the tab, only so many details on the device were made available; however we expect Lenovo to reveal all when the Yogo becomes available for pre-order. We expect varying storage capacities and prices.

It is believed that the Lenovo Yoga Tablet 10 HD+ will be a fairly budget friendly device starting at $349, with a launch date of around April being expected. What are your first impressions on this device, will you be buying it when it launches or are there better options on the market?