If Call of Duty: Modern Warfare 3 was one of your Christmas presents last year then it is likely you have spent most of this year playing it a lot. If this is the case then most of you will have experienced some problems with it, which tends to happen with a game that has only been out a few months. Most of these issues will have been fixed with previous patches that the developer has released now the latest patch, 1.08, has been announced to be released sometime this month.

In an article over at the website Games Thirst that was published last month, they listed a few of the problems they had found with MW3 along with a list of fixes they are hoping for in the next patch. Their list included Strict Nat, better matchmaking and finding and improved host migration and lag. As they explain thinks like lag and host migration are ongoing problems and will continue to be an issue, regardless of patch releases, until dedicated servers are provided by Activision.

According to a report MP1ST, Robert Bowling confirmed last week in a tweet on social network site Twitter that the next patch will address the damage proficiency exploit issue that many gamers have been experiencing. He went on to explain that ‘the exploit allowed you to assign Damage proficiency to primary weapon classes that didn’t have it available. No way to do it by accident.’ As a result they are now ‘tracking anyone abusing it and will ban offenders.’

You can check out the list of fixes that many gamers are also hoping for from the patch by clicking the Games Thirst link above. Are you hoping for the same ones or are there other issues that you would like to see addressed? 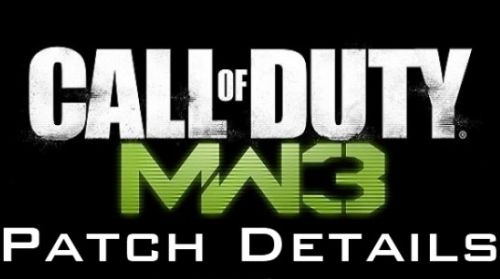