We have made it no secret that we are not fond of perks such as last stand or second chance in Call of Duty multiplayer, back in April we asked you whether you thought such perks should be scrapped when it comes to Modern Warfare 3, now we have official confirmation regarding this matter.

Robert Bowling aka FourZeroTwo recently used Twitter to answer this question and you can see what he has to say here, it clearly says that in Modern Warfare 3’s multiplayer game modes there will be no second chance or last stand perks. The tweet has been added in its entirety below.

@MarkoM_ I don’t have any time frame for the next footage, but there is absolutely not any Last Stand or Second Chance perks in #MW3 MP.

As you can see the tweet was a response to a question which was asked on the popular microblogging website, a user previously asked Bowling this question “@fourzerotwo when can we expect more footage to come out, and will MP have a “Second Chance” or “Last Stand” perk?”. 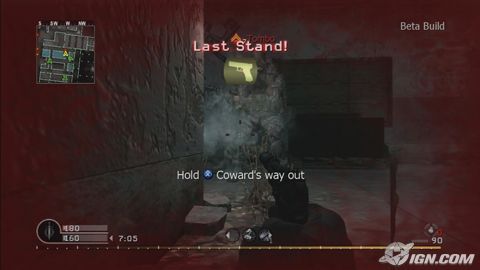 When we asked our readers whether Last Stand / Second Chance should stay we received a mixed reaction, one of our readers said “get rid of it!!!! when you shoot someone in the face and they fall behind cover and theres nuthin u can do cuz theyr in 2nd chance…..so unrealistic ruins the whole game for me.” and that seemed to be the general feeling, however there are lot of people who wanted such perks to stay, therefore we would love to hear some feedback on this news.

Are you happy to hear that Modern Warfare 3 will not feature Last Stand or Second Chance perks?