If you asked 100 people to list three things which annoy them about Call of Duty multiplayer gameplay we are sure that a lot of people would moan about camping, there are many ways which developers can combat such vile tactics, however we think Infinity Ward and Sledgehammer Games could well be onto something with the new Kill Confirmed game mode.

So what’s Kill Confirmed? Well let’s firstly talk about a scenario which is extremely common on both Black Ops and Modern Warfare 2 (amongst other titles), quite often a player will set up a tent, sleeping bag and perhaps even start a camp fire because he has found such a safe place to lay down and pick off enemies from a distance, sometime no accuracy is needed as spraying with a LMG can be quite effective esopeciall if you camp with the correct class setup – this can allow you to be safe from UAV’s, RCXD cars, grenades and much more, which can sometimes ruin a game – this will not be effective in the new Kill Confirmed game mode which has been revealed for Modern Warfare 3. 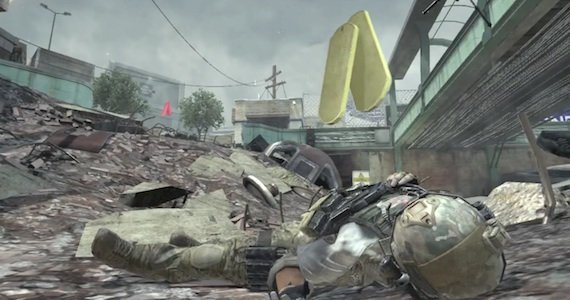 In the Kill Confirmed game mode you will only be rewarded for a kill if you pick up a downed player’s dog tags, however if the downed player’s teammate manages to pick up the dog tags the kill won’t register – this should promote close combat and tactical gameplay, perhaps some camping will take place, but nowhere near as much as in other game modes.

To our knowledge you will have to pick up the dogtags of enemies you take out, which means you can’t sit back picking off enemies whilst a teammate runs round collecting the tags for you – we really think that this should give CoD gameplay a fresh dynamic, that said we won’t know how good this mode will be until we play it.

Below we have embedded a video which shows the Kill Confirmed game mode in action – we like the way that it will make Killsreak rewards such as Chopped Gunner less effective as when you respawn you should be able to pick up the dogtags which your teammates drop.

Do you have any concerns about this game mode? Let us know in the comments section.