Earlier this week we revealed to you that Infinity Ward had announced a release date for the first piece of Modern Warfare 3 DLC, which will be available exclusively for Call of Duty Elite subscribers first. Now, Infinity Ward has released a teaser image confirming at least one new map in the DLC package.

Specific details on what the DLC will include remain a secret at the moment, but it has been confirmed that it will be the first piece of free DLC for Elite members, as part of their 20 free DLC content for signing up for the service.

Robert Bowling, community manager for Infinity Ward has given Modern Warfare 3 players a surprise on Twitter, by revealing the very first image of the DLC. Usually the company would wait until closer to release, so perhaps this is his way of giving fans an early Xmas treat. The image in question reveals that one of the new maps in the content will be called ‘Park’, and you can see an image of it below.

As usual though, this DLC will be available on Xbox 360 first but since this is releasing for Elite members first, this has caused a fair amount of confusion on whether other Elite members will be getting the DLC at the same time. Unfortunately, this won’t be the case. If you signed up for Elite on the PS3 and PC thinking that you would get DLC the moment it releases, it is perhaps a foolish move on your part.

Only Elite members with the Xbox 360 version of Modern Warfare 3 will get this DLC on January 24th, so make sure you are aware of that if you planning to sign up to Elite, but don’t have an Xbox 360. If Infinity Ward are sticking to their traditional format, we are guessing that this content will become available one month later on the PS3 and PC platforms.

We’re interested to know, who actually signed up for Elite with a PS3 or PC version of Modern Warfare 3? Are you bothered that you won’t get to play this ‘exclusive’ Elite DLC the same time as Xbox 360 owners? 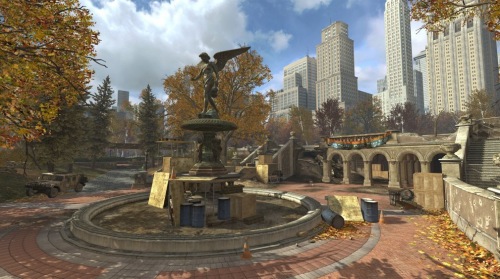