Below we have for you a must see iCloud video before Steve Jobs takes to the stage at today’s WWDC 2011 keynote. You cannot argue that Jobs always seems to have a vision of new technology and services long before they can become possibly, which you can clearly see in the video from 1997 that talks about the possibility of Cloud computing.

The Apple CEO was not at the helm of the company that year, but he was asked to be a guest speaker. During a Q&A session he discussed how he ran his personal computing environment, which seemed to be a little like Cloud — although we have to remember that was 14 years ago. He had access to his files wherever he was, be it at home, Apple or even Pixar.

He says that he has been using this system for seven years, and in that time had never lost any of his personal data. He said, “I’ve got my stuff wherever I am.” He also added that he had never backed his computer up once in all that time. We love how what he is saying is something that might become a reality for Mac users today. 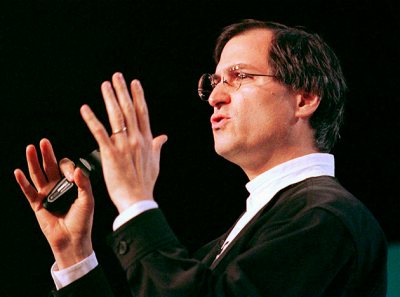 This is proof that Steve Jobs is a man if vision, and will never give up until he achieves that — we just hope that those dreams will become a reality today, or over the next few months with iCloud. Take a look at the video and do let us know your thoughts.