Three UK has confirmed multiple problems today with many aspects of their services that include Three UK signal going down for some, website problems with transferring phone numbers, and even their customer service help line. 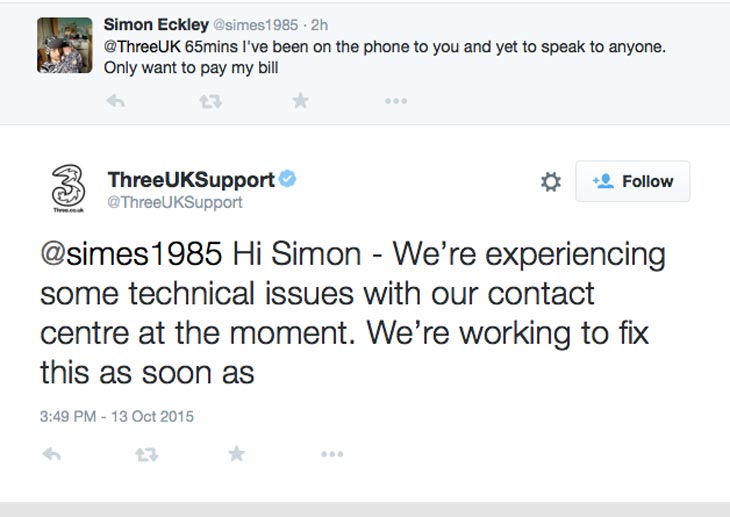 Another customer reached out to Three UK Support asking how long it will take to complete a, “number transfer from O2”. They had been waiting some time, but an official response from Three UK explained they have an issue with their website. They also “hope to have it back to normal shortly”, so this is a couple of problems happening at the same time and causing more frustration than normal. 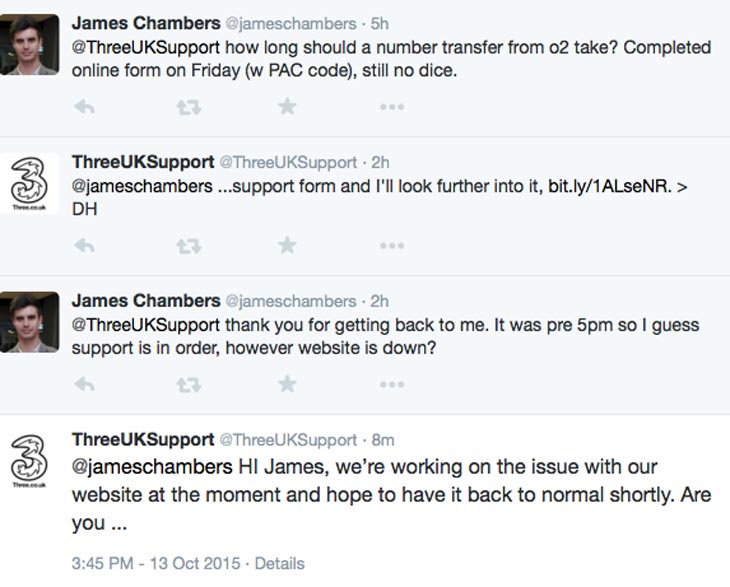 As you can also see within the tweets below, the three.co.uk website is also down on Oct 13, 2015. In fact, it is down at the time of writing and comes up with a “failed to open” message. We have tried on mobile and desktop, but it’s not working. 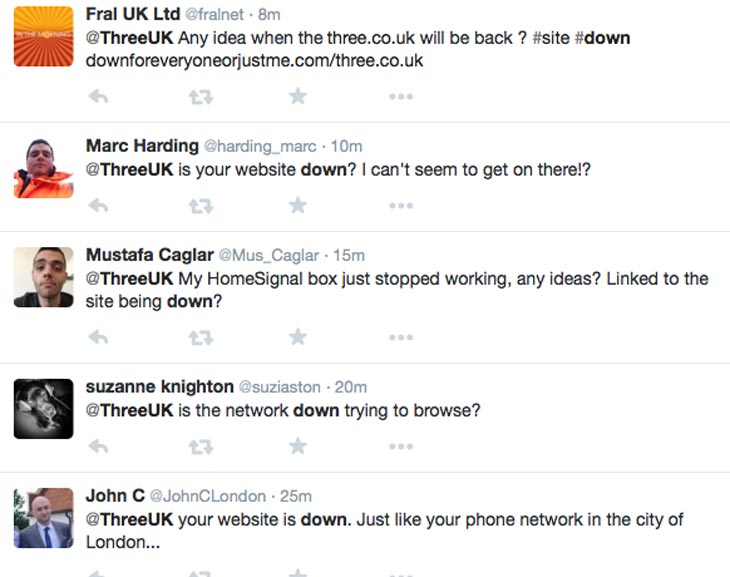 What problems do you have with Three UK today?