MSI (Micro-Star International Co, Ltd) has definitely been keeping itself busy so far this year, what with all the new products it’s been unveiling over the past few months. The Taiwan-based company has not only introduced the new WindPad Enjoy 7 and Enjoy 10 Android tablets, it’s also unveiled the GE620DX quad-core gaming laptop and the Wind Top AE2070 all-in-one PC.

Now we’ve just received word that the electronics company has recently launched its new CR430 multimedia notebook. According to a recent article over on the tweaktown.com website, the CR430 is powered by a new generation AMD dual-core E-450 processor with clock speeds of 1.65GHz, and comes with an AMD Radeon HD 6320 discrete-class graphics chip under the hood.

Thanks to the SRS PC sound with cinema-class stereo surround sound and MSI’s exclusive Cinema Pro image enhancement technology, which maximizes the display performance, the MSI CR430 notebook is sure to provide users with the ultimate multimedia experience. It also comes equipped with a 720p high-resolution webcam for those that enjoy video chat.

The CR430 notebook also features nickel-plated touchpad keys and a chiclet-style keyboard. Its multipoint touchpad can be used to scroll and rotate pictures, as well as change the size of images. Both the cover and palm rest areas of the CR430 come with MSI’s color film print with checkerboard design, which not only protects against scratching, but adds a little class as well.

The MSI CR430 comes with a variety of pre-loaded software including the company’s own photo management and facial recognition software. It also comes with MSI’s i-Charger technology, which pumps more power through the notebook’s included USB ports. This enables users to recharge mobile devices up to three times faster.

Would you buy the MSI CR430 multimedia notebook? 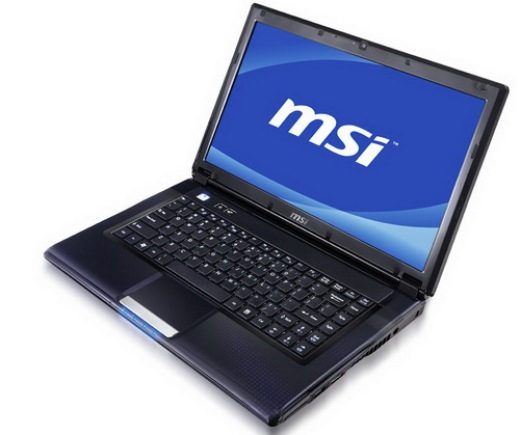