Mozilla has released the first candidate for the latest version of their popular web browser under the Firefox 4 handle, and intend to release several updated betas in the weeks leading up the the official launch of the browser in November.

The first developer builds carried the Firefox 3.7 name, but was quickly changed to the Firefox 4 guise as they want to show that Firefox is still one of the leading browsers currently available. A new UI that reduces clutter, new addon manager and a central permissions manager are all part of the new version.

First off, the release is called ‘MineField’ and will be the name for all early beta releases. It also comes with a new icon that can be seen from the image to this post.

Once the browser is open, you can see significant changes to the browsers menu bar. In my opinion, it looks quite similar to that of Google Chrome. Smaller buttons, less clutter. It seems to be the way forward for web browsers.

The addons manager has also undergone some cosmetic changes, and rather than opening in a miniture window as before, it now has it’s own dedicated page (or tab) so you can manage the addons much more simply.

Overall, It definitely seems that this new version of Firefox is much more sleek, and modern to previous versions. It is also faster, but whether or not this will be the case with the proper release is currently unclear, but likely.

For those of you who are interested in checking out the latest candidate build, then you can download it from here, you can also see a few screenshots below. 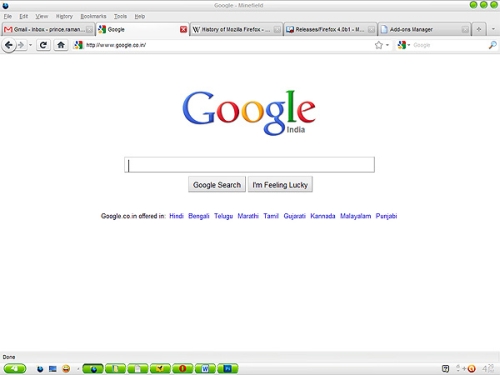 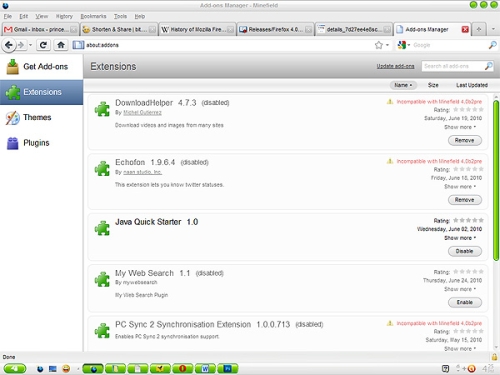