We hadn’t really heard anything about a release date for Mozilla’s Firefox 4 browser until a couple of weeks ago, when Damon Sicore – the company’s Director of Platform Engineering — revealed that Mozilla was aiming for a late February 2011 launch.

There now appears to be more evidence that the final Firefox 4 version is on its way soon, with news just coming in that Mozilla released the Firefox 4 Beta 10 on Tuesday night. As Christina Warren over at mashable.com reports, this comes just 10 days after the Beta 9’s release.

Although the release notes for Firefox 4 Beta 10 are rather sparse, we do know that a few changes have been made in order to make the browser more stable. We also know that the latest Beta should bring better Flash support to Mac OS X users. 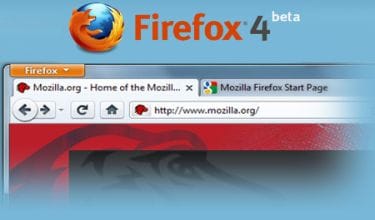 Despite the fact that Mozilla has already received over 1 million pieces of feedback throughout the Firefox 4 Beta, they are still asking users to provide even more. According to Kurt Bakke over on the conceivablytech.com website, Beta 11 is scheduled for a final build this Friday.