If you’re anything like me and a fan of the MotorStorm video game series, then you’ll be pleased to know that there are some brand new screenshots available to view. The screens show off the Skyline track, which is just one of the tracks featured in the upcoming 2011 release, MotorStorm: Apocalypse.

According to a recent article by Tom Ivan over at computerandvideogames.com, Evolution Studios’ games director Matt Southern spoke out about the Skyline track recently, and said that it presented the developer with some of the biggest gameplay challenges they’ve ever been faced with. 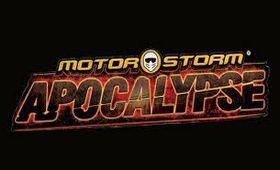 When explaining about the Skyline track (AKA “the Blockhopper” or “Vertigo Redux”) on the EU PS Blog recently, Southern described it as the race where players get dropped onto a skyscraper from a helicopter, and are then expected to win against a pack of ATVs and bikes.

Southern admitted that although making the Skyline track spectacular, fun and winnable by all of the 13 vehicle classes has been a big test, the studio is still very close to nailing it. According to Matt at blog.eu.playstation.com, there are a lot of jumps and ramps as players go from one building to the next.

This definitely looks good judging by the screenshots, which can be viewed via CVG. What do you think of the MotorStorm: Apocalypse game?