We’ve seen quite a few details for the upcoming MotorStorm: Apocalypse game emerge over the past month or so, including information on the pre-order bonuses available and both screenshots and a trailer that show off the brand new Skyline track.

However, we now have details that PlayStation 3 owners across the world have most likely been waiting for — the release dates. According to a recent vg247.com article by Stephany Nunneley, the game will arrive on March 16th for European gamers and April 12th for those in the US. 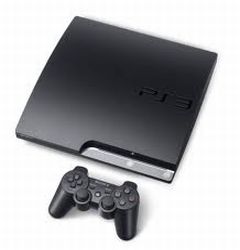 Evolution Studios has also released images of the MotorStorm: Apocalypse box art, which can be found on the US / EU PS Blogs. The developer said they were aiming to show what is new in the game with the European box art, while the US box art is more of a classic style.

The developer also released their first dev diary for the upcoming racing title recently. In the video (which can be seen via a gamefocus.ca article by Jay Acevedo), Simon Barlow and the development team reveal a few details on the game’s “Festival” campaign mode.