Although we’ve heard about a trailer, screenshots and pre-order bonuses for the much anticipated MotorStorm: Apocalypse game, we haven’t heard any mention of a demo. That is until now anyway, as Sony has just confirmed that a PS3 demo is in fact on the way.

According to a recent article over at computerandvideogames.com, Sony Computer Entertainment and Evolution Studios — the developer of the MotorStorm: Apocalypse game — haven’t provided a specific release date for the demo, but have promised that a date is very close.

Besides announcing the upcoming demo (which sounds as though it could involve the Mainline track), the developer has also released a new video explaining the game’s “Wreckreation” mode. The video also discusses the game’s new challenges and customization options. 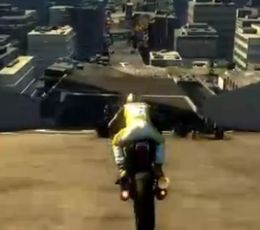 As Tyler Minarik over on the playstationlifestyle.net website recently reported, “Wreckreation” is a new free play mode that enables gamers of all skill levels to play online. The new developer diary also gives us an idea of the various accolades and achievements that will be available throughout the game.

It looks like fans have another dev diary video to look forward to very shortly, which will provide them with even more details on the new mode. The MotorStorm: Apocalypse game is scheduled to be released on March 18th in the UK and April 12 in the United States.

The new video can be viewed via the CVG link here. Will you be downloading the MotorStorm: Apocalypse demo?