We have been speculating on prices for the Motorola Xoom for months it seems, but now we have the official word from Verizon and we’re pleased to say you may be pleasantly surprised with the conclusion.

As reported from Engadget, Verizon has put the rumors to bed by announcing both the official contract price, as well as the inevitably expensive off-contract price too.

For most of you looking to pick up the Motorola Xoom on contract with Verizon, you’ll have to pay $600 to take one home. Data won’t be included though obviously, and Verizon will be charging $20 a month for 1GB of data. On the plus side of things, Verizon has also announced that users who sign up for Xoom on contract will get a free upgrade to the 4G LTE version for free – a bonus which even we didn’t expect Verizon to provide.

Now comes the harder to swallow bit. Verizon has priced the off-contract version of the Xoom at $799, which is instantly out of bounds for most of you who simply don’t have that kind of cash to throw around for a portable PC. Perhaps when you see this device in stores on Thursday though, the temptation will be too much to resist. 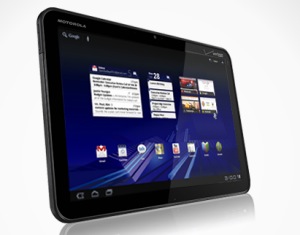 What is your immediate reaction to the pricing from Verizon? The $799 off-contract price was expected, the $600 contract deal is reasonable and the free upgrade to 4G LTE is definitely a major incentive in our opinion. Maybe you feel differently though. Check out the full press release here for more details from Verizon. If you want to know more information about the free 4G LTE upgrade, you can visit this link from Thursday (it’s down at the moment).

If you are planning to buy the tablet this week, you’ll probably want to spend a fair amount of time on the official website here, as there’s all sorts of great information for you to take on board, including specs, pictures, videos, and registration access.