We have some exciting news that tablet owners can rejoice from, as Adobe have announced that Flash Player support will be made available to some of them including the Motorola Xoom. That means you could be getting Flash Player 10.2 sooner than expected, as early as March.

We previously brought you news about the Xoom not getting Flash until spring this year as it wouldn’t ship with flash support on its day of release on February 24th. Since then Adobe have declared that it will be pre-installed on most tablets and available as an OTA within the first few weeks an Android 3.0 Honeycomb device release.

Adobe says they are excited with the how far they have come with ‘optimizing Flash for tablets’ and expect this momentum to carry on. Last week they announced that in 2010 20 million smartphones came with Flash support or upgraded to it. They are hoping to raise this sum to 132 million this year by including it tablets as well. 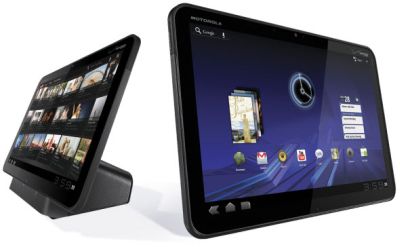 Flash Player 10.2 is also available for Windows, Linux and Mac users and has several performance enhancements. One of the most significant features is Stage Video support which improves video by accelerating hardware on all devices including TVs. Read more about Adobe’s momentum at their website Blog here.

Are you getting the Motorola Xoom? Let us know what you think now the Flash Player is supported.