Earlier today we reported that there was evidence that the release date for the iPad 2 was Imminent. However, we have just come across an interesting article that suggests that Apple’s tablet might be delayed. This is bad news for those hoping to get their hands on one early, but good news for Android fans as the Motorola Xoom could capitalize on an iPad 2 release delay.

Apple Insider learned from a recent Bloomberg report that Hon Hai has been experiencing bottlenecks at their production plant. There are now fears that the next iPad could be delayed until June 2011. If this turns out to be true then there could be huge ramifications, and it will be Android based tablets that will be there ready to take advantage of the situation.

Analysts suggest that it is the late design changes that have caused the delay, and that the iPad 2 could have a dual-launch with the iPhone 5. It is hard to say how much truth there is in this and if the late launch could affect sales of Apple’s fifth-generation smartphone. Could this delay be the big break that Google need with their Android mobile OS tablets, or will Apple come out fighting? 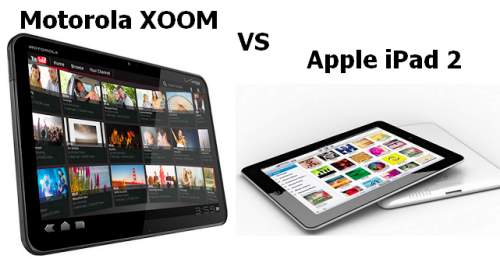 There are so many Android tablets coming to the market that it would be hard to see how the iPad could ever hope to compete. However, Geeks believes that Apple’s tablet will still win out because of all of the apps available and how usable the device is.

We are sitting on the fence on this one, yes the iPad is a phenomenal device, but you only have to look how Android has made an impact on the smartphone market in a short amount of time.

Could this rumored iPad release delay benefit the Xoom?