We have a word of caution for those of you who are planning to pick up the impressive-looking Motorola Xoom tablet which will launch during Q1 of this year on Verizon, as we have heard about a potential price point for the device, and it certainly won’t come cheap.

As reported from Phandroid, the guys over at Android Central have managed to get their hands on an internal Verizon document, which lists prices for upcoming devices, including the Motorola Xoom and the HTC Thunderbolt smartphone.

If we believe what is listed, then the Motorola Xoom could be landing on Verizon with a hefty $799 price tag, although this could be the unsubsidized price at the moment. We’re guessing that most of you will feel that this price is way over what it should be, but then again, Motorola could argue that premium features have the right to come at a premium price. 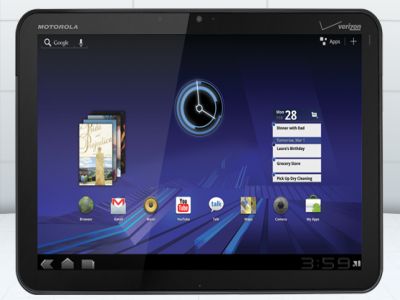 For example, the Xoom will be the first tablet to launch on Verizon’s network. It will be first dual-core tablet to hit the market, while it will also be the first device which will ship with Google’s Android 3.0 Honeycomb software. On top of that, Verizon can boast an upgrade to 4G to use on their LTE network – as confirmed on the official Xoom website here.

The Motorola Xoom could come as early as next month, but would you be willing to pay up to $800 for one? Give us your thoughts on this, and what a more suitable price for you would be.