Since the Motorola Xoom tablet was announced last week during CES 2011 there has been much speculation as to its price and release date. However, CNET UK has recently learned from Android Community that the device had been expected to cost about £660, but has since increased to £720. We recently reported that the release date could be in May on Verizon in the U.S.

They say that by the time the Xoom is released the price could be even higher, but I doubt if that will be the case; let us remember that the iPad 2 and the BlackBerry PlayBook are both due for launch over the coming months. Personally I cannot see the device costing £720, as that is over $1100 — although consumer electronic devices such as tablets always cost more in the UK because of the huge amount of tax that the government add on. 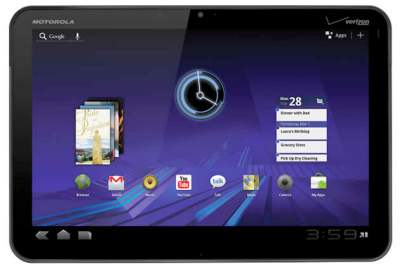 TechRadar is even shocked at the huge price tag, as they say that not even the 64GB iPad Wi-Fi and 3G costs that much. It seems as if Motorola is putting a large premium on the fact that this tablet will have a dual-core processor — but then again so does the PlayBook.

We can certainly see why Motorola will want to charge so much for the new Xoom tablet, but there are so many factors that needs to be considered, but there are still a number of other tablets coming to the market that you should also consider. How much are you prepared to pay and is there another tablet that you would consider?