The Apple iPad is still dominating the tablet market even though other devices are being released. The Motorola Xoom has been available since the end of February and has been hailed by some as promising but an unpolished product. But there is mounting speculation that the Motorola Xoom has poor early sales figures.

Jason Mick from Daily Tech is reporting that Trip Chowdry , an analyst with Global Equities, believes Motorola currently has stock of 500,000 to 800,000 Xoom’s, and since launch has only sold between five to fifteen percent of the units.

Priced at $599 the Xoom has not only failed to compete with the iPad, but also cheaper Android tablets. These estimates puts sales figures at best of 125,000 units sold, or a at the lower end of the scale a miserable 25,000. Things could also get worse as the Asus Eee Pad Transformer has just been launched starting at $400. 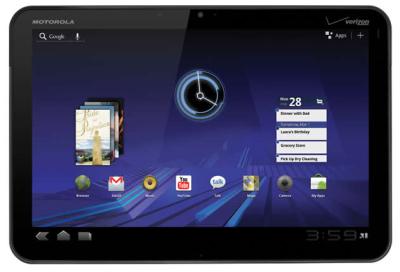 LG are soon to release its G-Slate tablet, and later in June two new Galaxy Tabs from Samsung are due to be released. We won’t know for sure how many units Motorola have actually sold unless they officially announce it, but it’s not looking very promising. We may even see the device getting a nice discount soon to bump up sales.

Have you used a Motorola Xoom?