Tablets PCs have been in the news a lot recently, and mainly how a variety of devices not exactly competing with Apple’s iPad. One of these the Motorola Xoom has failed to impress so far and is expected to be getting a price cut. While the Motorola Xoom is similar to the size of the iPad a new smaller Motorola Android tablet has been spotted.

This is My Next have exclusive images of a new Motorola tablet, which looks to be much thinner than the Xoom and looks to be about 7-inch in size. The device is thought to be running Android Honeycomb, and has slightly angled corners in the new sleeker design that is similar to the Photon 4G.

The source who provided the images has pointed out that the Motorola logo can be seen in the upper left corner in portrait mode. There seems to be micro-HDMI and micro USB ports at one end, and the screen is also the usual 16:9. This could be the fun and portable model that was promised by the end of this year by Motorola CEO Sanjay Jha.

The company is currently in the process of being taken over by search engine giant Google, but that won’t stop them bring out new products in the meantime. Many consumers do prefer the bigger tablet PCs like the iPad though, so whether another seven inch device can cut it remains to be seen. If the device is priced right with the features consumers want it may do very well.

Do you prefer a larger screen size than 7-inches for a tablet PC? 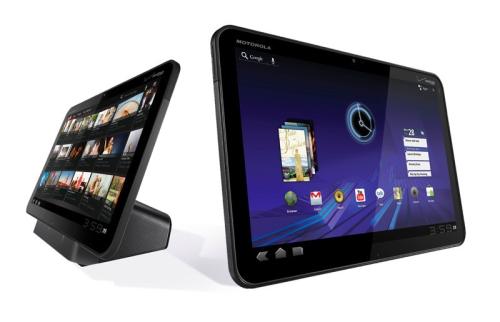