The Motorola Xoom was announced during CES 2011, and it is safe to say that it will be a very popular tablet device this year. The reason for this is because Moto has had huge success with it’s Droid range of smartphones, so there is no reason why they cannot repeat this success with Verizon in the tablet market. However, there is one little issue that we need to be aware of, the iPad 2 from Apple. 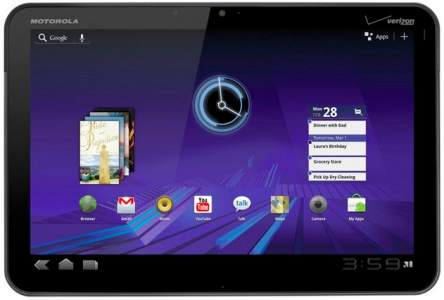 We are still unclear on a few factors of Motorola’s tablet, when it will be released and what its price will be. However, two of our recent articles suggest that the release date could be April and that the Xoom could cost over $1,000. If this is to be believed, then it could fall at the first hurdle.

The key to success in the tablet market will be offering something on par with the second-generation iPad, but also keeping the cost down. Melissa J. Perenson from PC World picked up on the fact that the tablets that was seen during this year’s Consumer Electronics Show was not that different to last year. However, there were a few subtle changes, and it is those that will be the key to their success.

Do you think that the Motorola Xoom will offer the best competition to the new iPad?