Motorola has been very busy during the 2011 Consumer Electronics Show, as they have been showing off a number of Smartphone’s, as well as a new tablet device. For those of you who have been keeping an eye on all things CES, then you would already know about the Motorola Xoom tablet and the Droid Bionic Smartphone.

The tablet is the one that Verizon has been hyping up for some time, so we are finally glad to see the device up close — even if it is just a video, which you can see for yourself below. Liliputing reports that the upcoming tablet will use Google Android 3.0 Honeycomb, which we explained this morning is designed just for tablets. 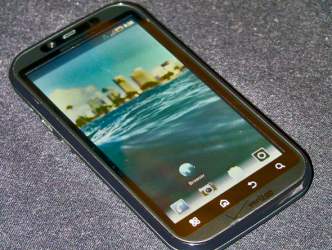 The Droid Bionic is another partnership with Motorola and Big Red, and is thought to be one of their first 4G LTE handset. This looks as if it could be a worthy component to the iPhone 5 when it is released, as it boasts a dual-core processor offering 2GHz in total. For a full hands-on with the upcoming handset visit CNET News.

We do not have any details on a release date or pricing, but according to Hot Hardware you will be drooling when you look at these devices, take a look at the videos below to see just what they mean. Do you think that the new Xoom tablet and Droid Bionic Smartphone from Motorola will allow Verizon to stay ahead of the game?