All the speculation is over, earlier rumors about the price of the Motorola Xoom where correct. If you fancy getting yourself one you will need deep pockets as the tablet will be selling for an unsubsidized $799.

Reuters is reporting that there will be a Wi-Fi only model offered for around $600, according to chief executive Sanjay Jha. He said when taking on the likes of Apple Motorola have to provide “premium products”. He also said that most of Motorola’s products will be using Google’s Android OS this year, and may even be boosted by the partnership between Nokia and Microsoft.

Jha added “it’s possible that some of the other players concentrate on Android”, but did say he would like to see other operating systems remain on the market. It was also hinted that the company was looking into having its own app store. It is thought the Xoom will be available from February 24. 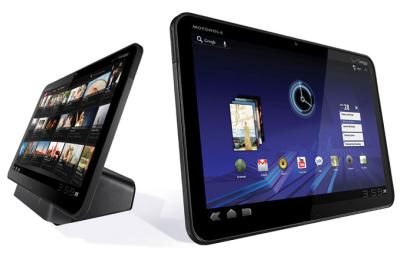 The price may be too much for many people to pay, but it may get subsidized by the carriers if you sign up for a two year contract. But with the likes of Motorola and Samsung announcing their new tablets before any official news from Apple about the new iPad, will this benefit Apple?

It can only be a short time before Apple show their hand, and surely a lot of people will wait to see what the new iPad will bring.