We have some great news for those of you in possession of a Motorola Xoom tablet, as it looks like the highly anticipated update to Android 3.2 is now starting to roll out to customers, three weeks after we first informed you about details regarding the update.

As many of you may have guessed, the Motorola Xoom is the first device to be given the Android 3.2 update, and the signs are suggesting that Verizon has now started to roll out the update to Xoom owners.

The file size of this update will come in at 15.4MB and confirmed features in the update are SD card support, zoom-scaling for applications and also improvements to movie streaming and rental purchases.

We’ve found a few documents up on the Verizon website informing customers about the planned Xoom update to 3.2. If you haven’t received the update yet, you can download a couple of PDF files, so you know exactly what is coming and instructions to take whilst performing the update.

It will be interesting see just how many of you are holding it out for the 3.2 update, as we know many of you have already rooted your device and are already enjoying the benefits of Android 3.2 via custom ROMs. On the plus side though, those who do have a rooted device are still eligible for the 4G LTE upgrade, as Motorola has already confirmed that they will still attempt upgrades on rooted devices – which is nice. 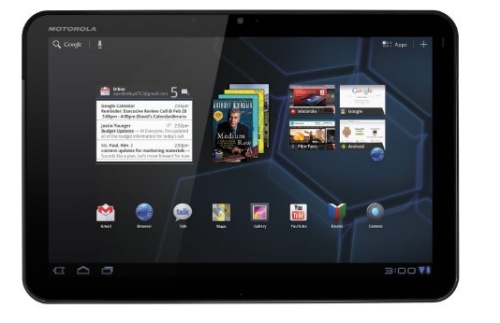 If you have a Xoom at the ready now, it’s worth checking your device to see if the update to Android 3.2 is available for you or not yet. It may be rolling out in waves as Verizon has known to do in the past, so don’t panic if you still don’t get it today. For those of you that are enjoying 3.2 on the Xoom, let us know your thoughts on it so far, or if you’ve encountered any problems that were not present in the previous version.