Earlier this week, we informed you that the highly anticipated Motorola Xoom tablet may be launching at Best Buy stores as early as February 17th, but now we have a official release date update from Motorola themselves.

As reported from Engadget, Motorola CEO Sanjay Jha has given everyone an update on the Xoom picture via Motorola’s latest earnings call. Whether you are after the 3G or 4G version of the Honeycomb-equipped tablet, you can rest assured that both of them are on the way relatively soon.

How soon you ask? Well, Jha confirmed that the 3G version of the Xoom will be out on Verizon at the end of February, which may place a hint of doubt on that February 17th Best Buy date that we mentioned above. 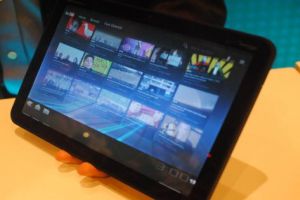 As for the more desired 4G LTE version, you’ll naturally have to wait longer for it, as Motorola won’t be releasing it until the end of the second quarter at least.

What are your thoughts on the release periods for the Xoom – have you made up mind whether to get one or not? There is also the important factor of price which still hasn’t been confirmed. It looks like it may come in at $700-800 – which you can read more on here.