Most tablet owners with a Motorola XOOM would have installed the Android 3.1 update by now, and are enjoying the new features of Honeycomb, which include support for the Movie Rentals found in the Android market place. This is unless you have an XOOM with Wi-Fi.

Pointed out by Droid-Life, Motorola have been very vague as to when the release date will be for 3.1 on XOOM Wi-FI models. They apparently said it would be some time in the “next several weeks”. It’s nice they commented on the problem, but the lack of details will annoy some XOOM owners.

Verizon Wireless XOOM tablets should’ve received the download via over-the-air, let us know if all went fine for you. The 3.1 update adds some nice features, including resizable widgets, expanded Bluetooth features, support for USB-connected peripherals, and a lot more. Read the full list on Droid-Life. 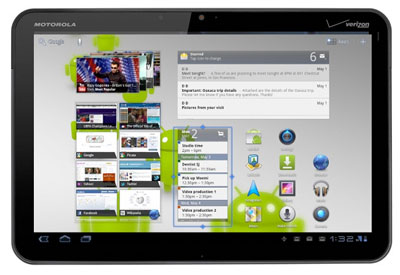 We will update you when we get more details on the Android 3.1 update for WiFi XOOMs.