With the MWC 2011 in Barcelona well underway now, we are doing our best to bring the news on the goings on as they happen. To mark the occasion Motorola have announced their Motorola Pro smartphone will be available in Europe soon.

The Android OS phone is designed specifically for optimum business use bringing convenience, security and productivity tools as well as speed. The Motorola Droid Pro has already been announced to the U.S market but will soon be available across the pond.

Some of the features that make this possible are its QWERTY keypad and 3.1” display with full multi-touch capability. It will run Android 2.2 and also features the Adobe Flash 10.1 support. For a full list of specs and more about Motorola Pro’s benefits for business, check out the press release over at Engadget. 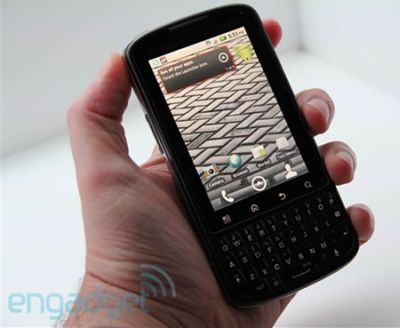 Will you be getting either of these devices? What do you think of the Motorola Pro business phone?