Do you own a outdated Motorola smartphone? In a rare act of US carrier generosity, it has been confirmed that Motorola are digging into their own pockets to give consumers $100 credit if their current handset isn’t on the list for an official Jelly Bean update.

It sounds too good to be true doesn’t it, as there are obviously plenty of Moto handsets that won’t be updated to Jelly Bean. There is as expected, a few little pieces of shortprint before you get excited – but it is $100 up for grabs for those that meet the requirements.

Basically, you have to own a Motorola handset that released in 2011 that won’t be getting an update for Jelly Bean. Furthermore, you have to purchase a new device first, then trade in your current device to them to send you $100 in credit afterwards. This means that the $100 doesn’t look like an instant credit towards your new Motorola purchase, making this offer somewhat less glamorous. 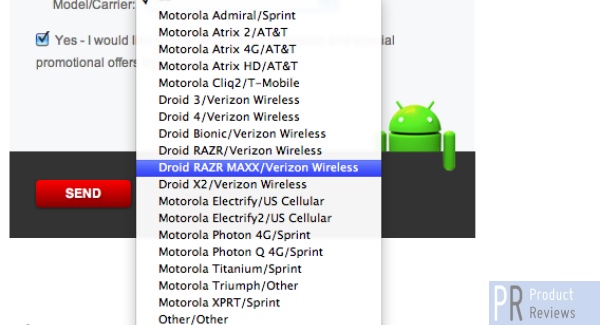 Motorola has also failed to provide a definitive answer on what phones qualify for this offer and what phones do not, although perhaps worrying for consumers – a dropdown menu of smartphones eligible to send in to the company include the likes of the Droid Bionic, Droid RAZR and the Droid RAZR Maxx.

We already know that the RAZR and RAZR Maxx are getting Jelly Bean updates, so we’re unsure as to why Motorola has included both on the list. As for the Droid Bionic, who knows if Motorola will ultimately decide that they don’t want to risk user experience with a Jelly Bean update and will can the update altogether – a fate that recently happened to the HTC Desire HD smartphone don’t forget.

Do you own a Motorola smartphone purchased in 2011? If so, will you be taking Motorola up on their $100 offer, or are you put off by the fact that it is not instant credit? Head to Motorola’s website here for details.